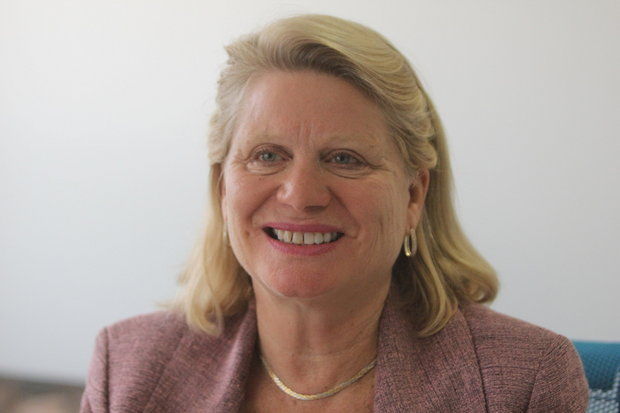 LANSING, MI — Michigan reached a milestone by registering more than half of its adult population as organ donors, Secretary of State Ruth Johnson announced Tuesday.

Johnson has made registering organ donors a priority during her first term in office, with big results.

“When I first took office, Michigan was near the bottom of the list nationally in terms of organ donors, with only 27 percent of eligible residents signed up, ” Johnson said. “Now, thanks to the hard work of branch staff, volunteers and other passionate advocates, we have reached the national average and registering as a donor has become a cultural norm. Every name means hope for the 3,400 people in Michigan still waiting for a life-saving or life-enhancing transplant.”

About 85 percent of people who sign up for organ donation do so through the Secretary of State’s office.

“We thank our partners for their efforts, and we especially thank the people of Michigan for recognizing that they have the power to heal lives by becoming organ, tissue and eye donors,” said Richard Pietroski, CEO of Gift of Life Michigan, the state’s organ and tissue recovery program.

The registry has added 1.8 million people under Johnson. In total, the registry now contains more than 3.8 million names.

Other efforts around the state to increase registered organ donors have included a concert in Flushing, efforts from Michigan hospitals and a ‘Blood Battle’ at University of Michigan.

Johnson has aimed to increase the number of registered donors without increasing any costs to the state. She praised employees for taking the time to ask drivers if they’d like to be on the registry.

“People in Michigan are so generous, so caring and want to help others if they can,” Johnson said. “Every name on the donor registry means hope for waiting families. I’m so proud of our Secretary of State employees and their commitment to saving and improving lives throughout this state by asking customers to join the donor registry.”

Anybody can join the registry, and services are available through the SOS online at ExpressSOS.com. More information about organ and tissue donation is available hereand here.